5 Signs Your Sampling System Is Not Performing

An under-performing sampling system can cost an operator more than just time and money. A lousy system can be the cause of poor yield, slow response, bad decisions, and regulatory or contract violations. We all know when a sample transfer system is running like a top, but how do you know when a system is not doing it's job?

Here are 5 signs you've got an under-performing analytical system.

Excessive stabilization time, loss of low or high side calibration standard, slow recovery, poor peak shape and outright failure to get a calibration signal response can all be signs that your calibration system is not performing. A reactive calibration flowpath will result in lost peaks minimal peak area or peak tailing. 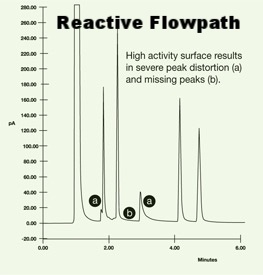 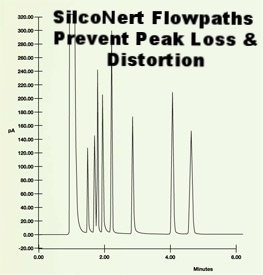 Tubing can be a huge source of sample loss and adsorption. How disruptive can reactive tubing be? Here's a comparative signal response graph plotting the response signal of a sulfur sample through 100ft of 1/8in tubing.1 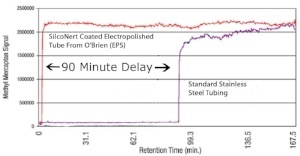 Active sites in the uncoated tube grab onto the sulfur sample, preventing it from reaching the analyzer for 90 minutes! Excessive delay in signal response will make process control and sulfur detection almost impossible.

If you've never seen a high sulfur reading, or results are "rock steady" and never changing, it's a sign that the sample system is adsorbing analyte or is saturated and desorbing at a consistent rate.

If you hear technicians state "we never have sulfur in our product", it could mean the sample system is adsorptive and not allowing your analyzer to detect sulfur. Poor response can make life easier sometimes, right up until regulatory or customer auditors show up and reveal the ugly truth.

A reactive flowpath can be caused by corrosion. Poor system design or installation can result in moisture accumulation and corrosive particulate generation. Interaction with reactive iron oxide particles can grab onto a sample and prevent accurate signal response. If maintenance staff is constantly fixing system failures or replacing components due to corrosion, it could be a sign that your system could be causing adsorptive particle generation.

If the system is showing no response and then an unexplained huge signal, the system may be adsorbing and then desorbing/releasing analyte. Seemingly random spikes can be a sign your system is holding active compounds then as the system becomes saturated, the surface may release or desorb analyte, causing sudden unexplained increases in response.1 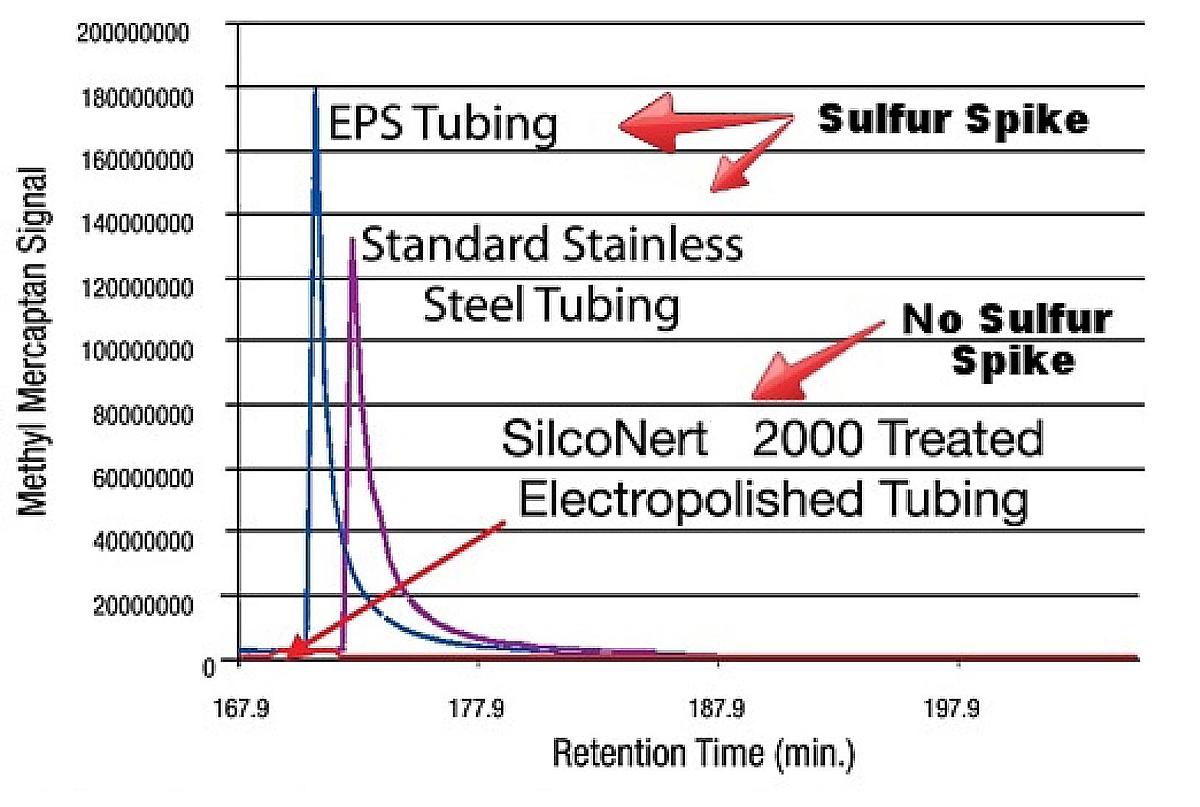 Want to learn more about adsorption and desorption of active compounds and how to improve your inert sampling system? Read the complete study by Shell and O'Brien Analytical. 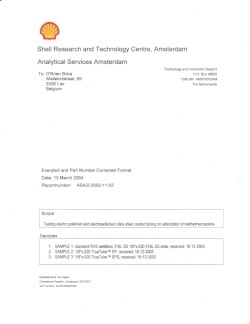 How to Improve CEMS and Process Sampling