We do a case study with Santa.  Let's see how it turns out!

(Note: This blog post summarizes a recent conversation from a SilcoTek Sales and Marketing meeting.  You can decide for yourself whether the characters are fictional.)

Ashley:  And that concludes the update on our semiconductor customers; any other topics before we conclude the meeting?  Yes, Allie, you had something to discuss?

Yes I'm working on our plan to solicit case studies for 2020.  I'm feeling the Christmas spirit and thought it would be a great idea to feature customer 137.

Humph...Santa?  You want to feature Santa in a case study?

Yes Ashley I think Santa would make a terrific story.  We could highlight how we improved the performance of his sleigh by reducing the friction of his runners AND improved their corrosion resistance!  All by applying Dursan® to the runner surface.

Clay, interrupting...  Hey I'm not so sure that's a good idea.  First of all the Marketing team is the only group in the building that believe he even exists!  The rest of us are pretty sure we're selling to a sleigh manufacturing facility in Hackensack, NJ.

Allie: Well Hackensack is a known front for Santa.  It's the classic fade and evade tactic!  You pay someone to drop an article outing Santa's location on the North Pole and voila!  Everyone is looking for him on the North Pole!  And don't forget, nobody goes to Hackensack... so it's a perfect front!  It's all over the internet you know....

Nick (eyes looking for the door):  Allie, hey we all want to believe the Marketing Team, but let's be real here.  Even if this Santa thing is real, I'm not sure the optics are shall we say...  "OPTIMAL" for a case study.

Ashley:  What Nick is driving at is in this day-and-age, do we want to be associated with the Santa brand?  I mean we're talking about an old fat white guy who goes creeping around neighborhoods, landing on roofs, dropping down chimneys, and leaving stuff while taking a cookie and a swig of milk.  We're talking potential breaking and entering, stalking, trespassing and probably some FAA violations to boot!  And who really knows what's in that "milk"....

Rick (chiming in): Plus I'm sure there are some animal rights groups who may not like the idea of employing a team of flying reindeer to pull an obviously overweight sleigh.  And the idea of kids sitting on a fat old stranger's lap!  Don't get me started...

Allie:  Well I'm disappointed in you all!  Don't you all get presents at Christmas?

And don't at least some of those presents have a tag that says from Santa?

And don't you get that special feeling around this time of year that makes you want to give to others and to volunteer to help the needy?

Yes (all eyes looking at the floor)

Allie:  (white knuckles gripping the conference table) That says it all!  Santa is real!  I propose that the Santa brand is alive and well and working from Hackensack, NJ!  And We're Doing That Case Study!

(The Sales Team eyed each other wearily and began to slowly back out of the room.  As the team was leaving Ashley took Allie aside...whispering....)

You didn't here this from me but good luck finding him.  Customer Service calls frequently about billing.  He keeps sending us "Santa bucks" for payment.  He claims it's as good as Bitcoin.  We can't find the exchange rate on his "bucks" but we all feel really good after we receive them for some reason..  Now we think he's dodging our calls, claiming he's busy this time of year.  I doubt you'll get in touch.  Here's his number: 800-my-SANTA..

Allie:  So you DO believe in Santa!

Of course I do, but let's keep that between us.  If any of those people found out (nodding to the sales team now well down the hall) I'd be sent to Marketing!

Allie:  Huh? "Unknown caller", there's a strange elf icon on my phone.  I should take this.... hello?

HO HO is this Allie?

Yes, who is this?  Santa is that you?  We were just talking about doing a case study and..

I know I heard.

Allie: How did you know?

HO, HO...We don't like to use the word spy.  Sounds intrusive.  We call it "nice grading".

HO,HO we get that a lot!  That's why we're modernizing the whole Santa brand.  Between the gift delivery, breaking and entering err.. "climbing down the chimney", and avoiding capture; the whole delivery thing is getting "problematic".

And the marketing side is outdated.  This business of going from mall to mall, store to store to solicit orders is tiring!  Frankly I'm getting sick of kids puking on my lap.  Plus it's getting tougher to find Santa helpers, nobody wants to work for cookies anymore!

So we got the whole team together last year at our annual conference in Key West (the only place we can easily blend into the crowd) and came up with a tremendous idea to restructure.  Donner came up with the idea.  He's always been the smart one.  Well after several hours of Donner tapping out his idea with his hoof we developed a 2 part plan.

On the Marketing side we're breaking the mold and going for a virtual Santa experience.  Now you can facetime me and we can chat about what you want for Christmas without going to the empty mall!  We're also developing the Santa app or Sap as we call it... (a little elf humor..) you can pick the Santa gender from a menu of 12 selections and you can pick the ethnicity of Santa also!  No more liability and our insurance rates will be cut in half!

Then next year we're launching the most ambitious plan of all.  Santazon!  Yes it's like Amazon but for, well, Santa!  Just go on line and pick your Santa wish!  We'll deliver by drones that look like a mini Santa sleigh.  You get the whole Santa experience without the potential downfall of FAA violations and stalking charges.  The savings in legal fees alone will pay for the project!  And my fuel costs from departing from Hackens...er the "North Pole" will go to near zero!  Best of all, I don't have to deal with the overloaded sleigh causing reindeer backfires.  That Blitzen can be a real downer, especially after Mexican night!...  Track Santa to see him deliver gifts around the world! 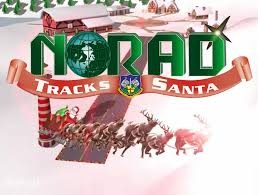 Sorry I'm getting off topic.  You wanted to do a case study on our improved sleigh efficiency?

Allie staring off into space mumbles... I need a drink...

Are you with me here?

Yes Santa. It's just a lot to take in...  Sure we'd love to do a case study and tell your Game Changing Story.  Shall we set up a time for an interview?

Santa:  I'll be happy to write up a case, no need for the interview I've got plenty of assets who can quickly write up a Game Changing Story.  I've got half the White House doing projects for me.  I'll send over a draft after the holidays.

(Want to tell the world about your own Game Changing Story?)

Allie:  Santa?  The Sales team is a little concerned that their evaluation and views about "brand Santa" will land them on the naughty list.  They don't want coal in their stockings this Christmas.

Santa:  HO, HO that's a good one!  We adopted a neutral carbon footprint years ago.  We don't give out coal anymore, just expired gift cards from Abercrombie and Fitch.  But tell them not to worry, there's plenty of time to get back on that nice list!  That's an easy sell to Santa!

(Well Allie got her Case Study, and a big promotion in Marketing!  She's now responsible for watching for and directing Santa to the nice kids in Pennsylvania!  Fortunately for the rest of the Sales and Marketing team that required her to move her office to the roof....)***

Happy Holidays From Your Friends at SilcoTek! 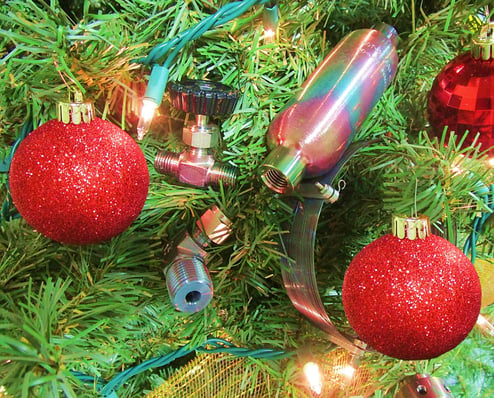 ***No SilcoTek employees, reindeer, or Santas were harmed during the writing of this Blog.  Allie continues to be a vital contributor to SilcoTek.  Her office has moved from the roof to Houston, TX!

A Holiday Message From Santa and SilcoTek